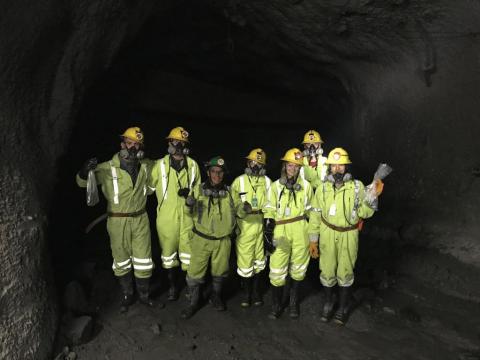 This year, we sent one of our senior geologists from Belgrade Peru as part of the SEG Trip organised by Imperial College. Dragana has gained a lot of experience in the field being with Mineco for several years now and was very keen to go on to this trip to South America to see something entirely different. Read about her experience below:

Peru is a land of contrasts, where the vast desert in the coastal region and the vast tropical rainforest are separate the breathtaking Andes. When you go from the coastal area on the west of the country to the Andes within a few kilometers you will find sand dunes and you feel like you are in the middle of the desert, even though it is not far from the Pacific Ocean. As it sinks deeper into the mainland and climbs the Andes, the air is drier and the landscapes are increasingly incredible, the probability of finding mineral resources is also increasing. Some of the world's largest zinc and copper mines are in the Peruvian Andes. In northeastern Peru is the Amazon, an area into which we did not venture. Due to the ancient cities and fortresses of the Incas, the beautiful nature of the Andes and the conquest of its ice-capped peaks, Peru is also an interesting tourist destination.

The geology of Peru is very interesting and of global economic importance. Our tours were based on the geology of the Peruvian Andes, intersected by the normal fault Abancay Deflection. The Abancay Deflection represents the northern imit of the volcanic zone of southern Peru and the southern limit of present-day flat slab subduction. So our path was divided into two parts, where in the first half of the trip we visited the Zn, Pb, Cu, Ag - deposits north of this fault zone, while the second half of the trip we saw the porphyry Cu & Mo mines south of Abancay Deflection and the epithermal Au deposits at the border with Chile. This zone of volcanic activity in Peru begins near the city of Arequipa in the north and continues south into Chile and is one of the largest zones with porphyry deposits in the world.

And here are some interesting things about Peru: In the Ica Desert, fossils of a giant 40 million year old pelican bird have been found; Potatoes come from Peru, and there are 3,000 different varieties; Two-thirds of Peru is covered by the Amazon rainforest; In Huascaran National Park you can see 27 snow-capped peaks at 6,000 meters above sea level, and the largest being Huascaran; There are as many as 90 different micro climates in Peru; In the Arequipa region is the Cotahuasi Canyon, which is twice as deep as the Grand Canyon, and is considered the deepest canyon in the world... 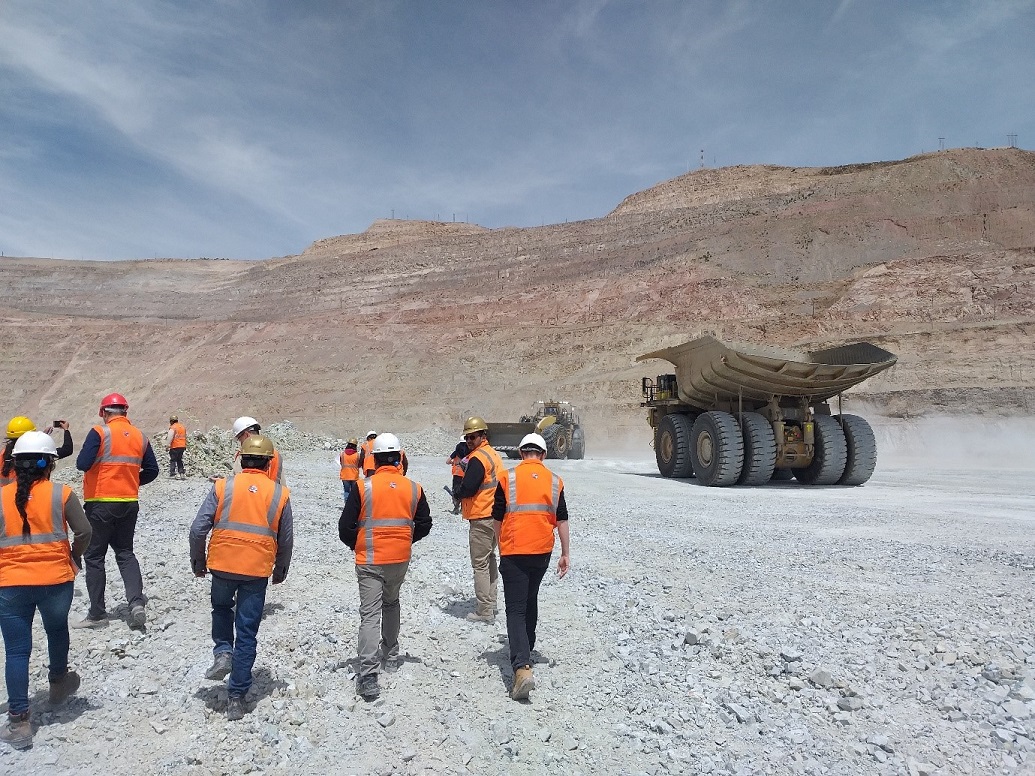 We visited, among other projects, Uchucchacua Ag-Mn-Pb-Zn mine, Cuajone Cu-Mo Porphyry mine and Pucamarca Au-Ag mine, which are briefly described below:

Uchucchacua Mine is located in district Oyon around 6hrs drive north of Lima. As the mine is at an altitude of over 4500m, this visit was a real challenge. Because of this we had a basic medical evaluation prior to our field tour of the mine. It is an underground operation which was originally  discovered by Buenaventura. This is a silver-bearing deposit with base metals and a high content of manganese hosted in the carbonate rock of the Jumasha Formation from the Upper Cretaceous, related to intrusives from the Miocene. It consists of veins and replacement bodies associated with systems of NE-SW, E-W, and NW-SE orientated structures. Of particular note are the Uchucchacua, Socorro-Cachipampa, Rosa, and Sandra faults, among others. Mineralogy is varied and complex, with the occurrence of silver in sulfides and sulfosalts, with abundant, alabandite and manganese calcium silicates. In paragenesis with alabandite (Mn mineral), the Uchucchacquita silver mineral appears. This mineral exists only here, but unfortunately it is not macroscopically visible. Lead and zinc increase in proximity to the intrusives. In the skarn, on the contact with the intrusion, significant Cu content has been found and this will be the new target for the future.  Such work is being done in the Socorro, Carmen-Casualidad, and Huantajalla Mines.

As I said in the second part of the trip we toured the porphyry mines in southern Peru. One of these mines was the Cuajone Porphyry Cu-Mo Mine, which lies withine one of a trio of major porphyry centres spread over a NW trending interval of 30km, located some 100 km south-east of Arequipa, and 42 km north-east of Moquegua in southern Peru. As the project is high up in the Andes, the whole settlement where employees with their families live is built close to the mine. There are schools, football pitches and golf courses, farm animals.
Basalt, andesite and quartz-phyric volcanics of the Toquepala Group comprise the oldest rocks in the area. Mineralisation is associated with the intrusion of a series of porphyritic granodiorite, monzogranite and quartz monzonite stocks. LP1 is the oldest porphyry (55.6 ± 0.6 Ma), it is intruded by the BLP porphyry (56.2 ± 0.7 Ma), which is subsequently intruded by the LP3 porphyry (53.5 ± 0.58 Ma). The bulk of the mineralisation is hosted in the LP1 porphyry. After an impressive presentation on the formation of this deposit, accompanied by the geologist of this mine, we visited the open pit, where in the higher parts of the open pit we saw oxide minerals Cu (malachite, azurite, cuprite) . Then we went lower into the mine and saw the sulpfide mineralization of Cu (chalcopyrite, chalcosin, bornite) in the oldest porphyry, as well as different types of alterations, from potassic, via propylitic and phillic to phyllic-argillic. At the last point of the tour of the mine we also saw molybdenite, which caused particular pleasure in the whole group. It was a fantastic day.

At the end of this interesting journey, one gold mine came to order. The Pucamarca Epithermal Au-Ag Mine is located on the border with Chile. Pucamarca is an unique mine that represents a new model of mining practises, whereby efficiency, the recycling of water resources and the upholding of the highest international environmental, safety and social standards are centre stage. The Pucamarca mine represents one of the most profitable gold mining operations in the world, with a 21,000 tonnes per day capacity and a life of mine of 7-8 years. Gold mineralization is of middle Miocene age, and is located in the epithermal volcanic zone of gold and silver of southern Peru. Gold mineralisation is hosted in brecciated volcanics, with vuggy silica alteration or silica-alunite alteration. The hydrothermal breccias at the surface are characterised by abundant iron oxide cement within zones of silica–alunite alteration, which gave the first positive impulse to explore this area. The average grade of the deposit stands at 0.5 g/t and is therefore considered a lowgrade gold deposit. There was a slight disappointment that it was impossible to see the gold macroscopically, but since we could clearly see the change in alterations, it was very useful and interesting to visit this unique mine.

It has been a very exciting and useful trip and I hope to apply and use some of these experiences on some of our future projects. Dragana Stojanovic