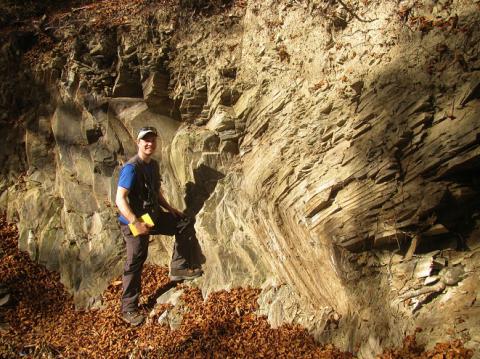 Harry Madeley, a recent exploration geology graduate from Cardiff is participating in Mineco’s work experience programme. Harry has headed out to Rudnik in Serbia, where exploration is ongoing to follow up targets which were generated by a recent aeromagnetic survey.

Read here about his experience of the first week:

'I landed in Serbia on the 17th of October and was met at the airport by one of the senior geologists, recognisable by the typical high visibility clothing we as geologists are so used to wearing! We began our drive to the Rudnik property, which is roughly 100km south of Belgrade. The journey to the mine site encompassed incredible views of Serbia’s beautiful landscape and scenery, making it almost impossible to take your eyes off the window in the fear that you may miss a beautiful site. The highlight of the journey to Rudnik for me was seeing Serbia’s vineyard district, which is situated around an hour from Rudnik. The area is inundated with beautiful and never-ending rows of vines, with building after building offering storage for the yearly harvests. Eventually we got to Rudnik where I settled in to my hotel and got an early night to begin working the next day.'

'The first few days were spent shadowing Bane, one of the senior geologists on the Rudnik license, he showed me around the property, and examples of the rock types typically found in core and in the field. I was also shown the typical mineralisation assemblages, which is typically hosted in narrow vein systems dominated by pyrrhotite, galena and sphalerite, with some of the veins also being enriched in chalcopyrite and silver. It was also interesting to learn about the structural history of the project and how as with most deposits, structure has played a key role in the ore forming processes and controls in and around Rudnik.'

'The first few days were also spent learning about the history of Rudnik and how for many thousands of years, it has been a hive of mining and resource extraction. The area has a long history of mining, dating back to around 4000-5000BC with many ancient adits and trenches still observable at surface to this day. What amazed me was the way ancient operations and workings can still be used to this day to help identify prospective zones. For example, an ancient mining trench (~1.5km long) possibly dating back to the Saxons, has been used to help extend the known strike of a Pb-Zn-Ag vein within the Rudnik property.'

'I was also lucky in the fact that my arrival in Serbia was timed perfectly with a trip to the Čukari Peki mine located in eastern Serbia. Mineco were invited by Rakita to show off their recent drill results from the property, but also learn more about epithermal and porphyry copper deposits currently being mined and expanded within the region. The tour/presentation gave me a great insight into what life is like on a large operation and how exploration and extraction is undertaken in open pit porphyry mines. Being given opportunities like this are ones you do not normally get to see whilst at university, and it was great to be able to relate taught knowledge from modules at university to that of a real world case study. The trip was also valuable based on its education of the wider geology of Serbia, and how the porphyry systems in Čukari Peki could be a parental igneous system to that seen in Rudnik and the rest of western Serbia.' 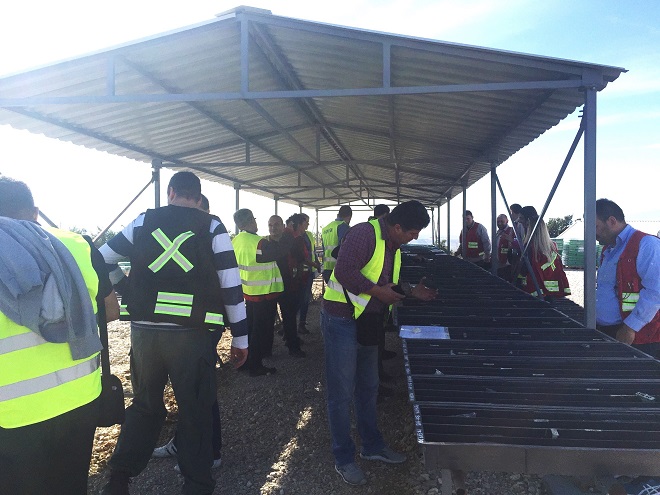